Akinyemi v Secretary of State for the Home Department (No 2): the public interest in deporting foreign national offenders

Akinyemi v Secretary of State for the Home Department (No 2): the public interest in deporting foreign national offenders
January 16, 2020

Rudolph Spurling analyses the recent Court of Appeal case of Akinyemi v Secretary of State for the Home Department (No 2) [2019] EWCA Civ 2098.

This was an appeal by a foreign national offender against the Secretary of State’s decision to make a deportation order against him because of his criminal record. In recent years, the courts have issued a stream of judgments in which they have relentlessly emphasised the importance of the public interest in controlling immigration and, particularly, in deporting foreign national offenders.

The court held that tribunals need ‘to recognise that the public interest in the deportation of foreign criminals has a moveable rather than fixed quality’, and that there will be cases, albeit the exception rather than the norm, ‘where the person’s circumstances in the individual case reduce the legitimate and strong public interest in removal.’

What are the practical implications of this case?

Although the court was at pains to stress that the number of the cases in which the circumstances of the appellant could make a significant difference to the strength of the public interest in deporting foreign criminals ‘will necessarily be very few’, the judgment narrowly opens the door to that submission as a practical possibility.

Until recently, tribunals and parties appearing before them have tended to treat the ‘legitimate and strong’ public interest in deporting foreign criminals as non-negotiable, focusing only upon potential countervailing factors in order to argue that, in that particular case, they are even stronger.

Crucial to the court’s reasoning was the robust observation by the senior president of tribunals at [46] that, notwithstanding the executive policies set out in the Immigration Rules and enshrined by Parliament in the public interest provisions of the Immigration Act 2014 (IA 2014), ‘I do not accept that the underlying principles relevant to the assessment of the weight to be given to the public interest and article 8 have changed. On this question, the treatment of the Strasbourg case law by the Supreme Court is important.’

The court’s reliance upon Hesham Ali v Secretary of State for the Home Department [2016] UKSC 60, [2016] All ER (D) 90 (Nov) to pray in aid Strasbourg case law (especially Maslov v Austria [2009] INLR 47) when interpreting the provisions of IA 2014 invites the possibility that practitioners could adopt a similar approach in wider Art 8 appeals.

Those interested in the issues raised by this case should also see CI (Nigeria) v Secretary of State for the Home Department [2019] EWCA Civ 2027, [2019] All ER (D) 156 (Nov), where the Court of Appeal looked at other aspects of the balancing exercise in deportation appeals and also emphasised the need to engage with the issues fully, rather than taking certain conclusions as fixed and inevitable.

What was the background?

Mr Akinyemi is a Nigerian national, born in the UK to Nigerian parents who were in the UK lawfully but were not settled. Although he has never left the country, he has never acquired British nationality. He has some 20 convictions for 42 offences, in particular four years for causing death by dangerous driving in 2007, and three and a half years in 2013 for possession of Class A drugs with intent to supply and driving while uninsured.

This is his second trip to the Court of Appeal. After his first visit, in Akinyemi v Secretary of State for the Home Department [2017] EWCA Civ 236, [2017] All ER (D) 55 (Apr), the court found that a foreigner born in the UK is here lawfully until he or she departs. The proportionality assessment of the decision to deport him was skewed in that he was wrongly treated as someone who had been here unlawfully all his life, when, in fact, he was here legitimately. His case was remitted for reassessment.

Following that reassessment, Mr Akinyemi was granted permission to return to the Court of Appeal on two grounds:

What did the court decide?

Although the UT had considered various other factors, it had not considered how the fact that Mr Akinyemi had been in the UK lawfully for his whole life, with an entitlement for most of his life to apply for British citizenship, impacted for his case upon the public interest in deporting foreign criminals.

It noted that in both the Supreme Court decision of Hesham Ali and the Strasbourg court’s decision of Maslov v Austria, the length and lawfulness of the foreign national offender’s presence were relevant to the strength of the public interest.

The court remitted the case once again to the UT for a further reassessment. Although it did not find it necessary to rule on the second ground of appeal, it noted Mr Akinyemi’s complaints that the UT had failed properly to assess issues relevant to whether there were very compelling circumstances in his case: in particular, whether he would face very significant obstacles integrating into Nigeria and whether the finding that he ‘must have come cultural ties’ to Nigeria was adequate to that assessment. 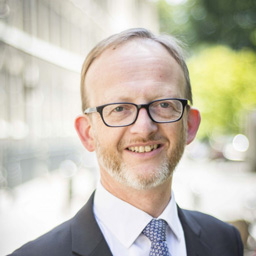